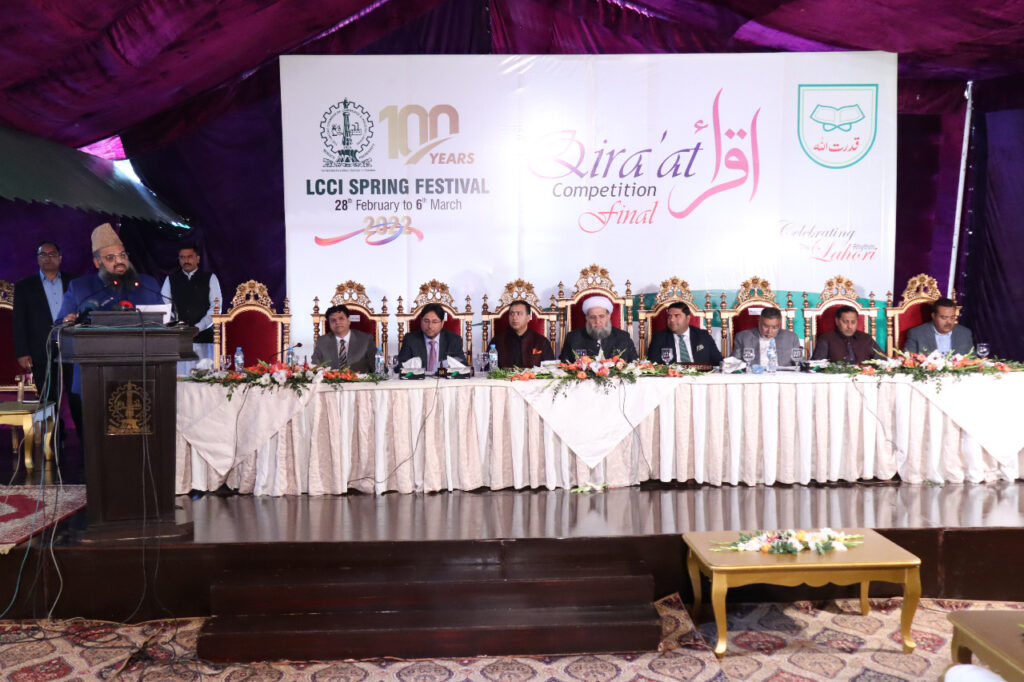 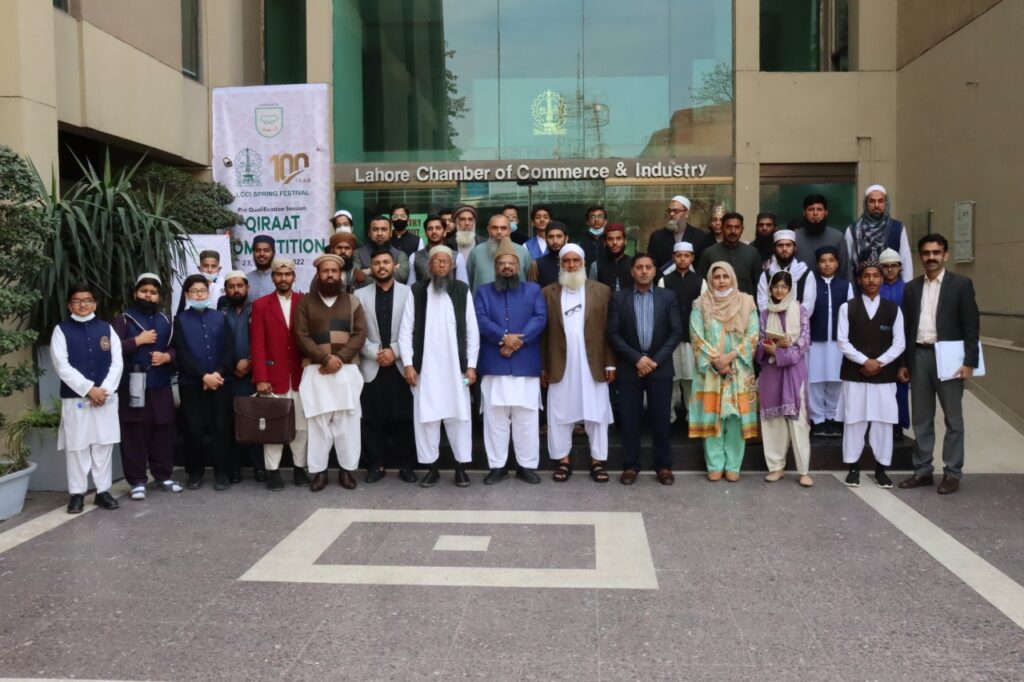 Judges for these competitions were

Winners of the A category are:

Winners for the B category are:

Winners for the C category are:

All participants of the Competition were awarded with trophies. Azka Rahman and Hafiz Hadi Ur Rahman got the Appreciation Award by the distinguished guests. 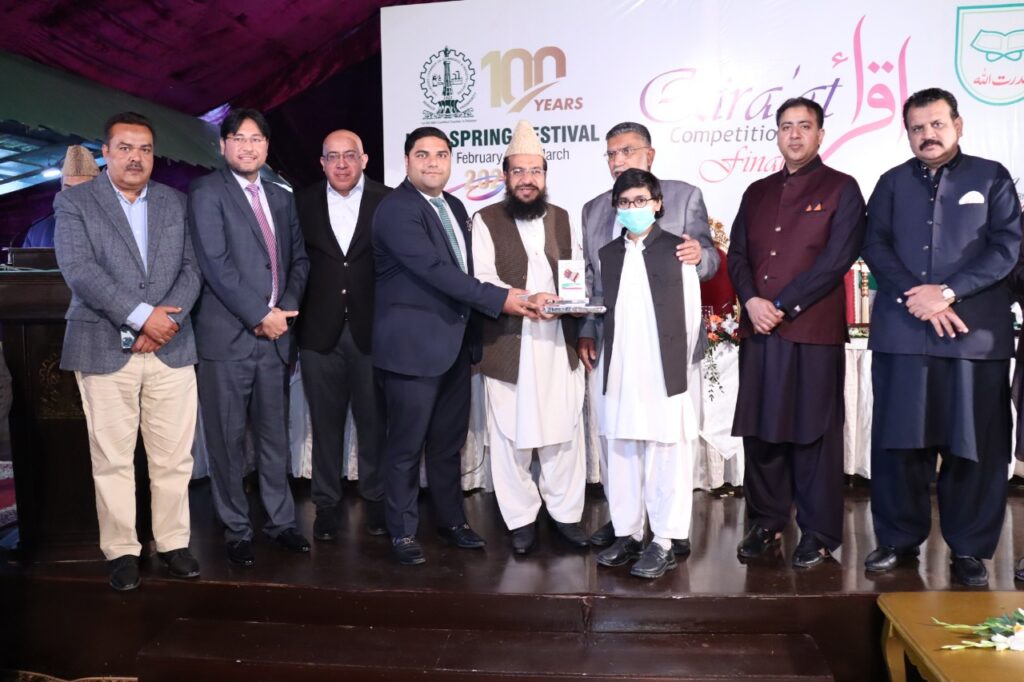 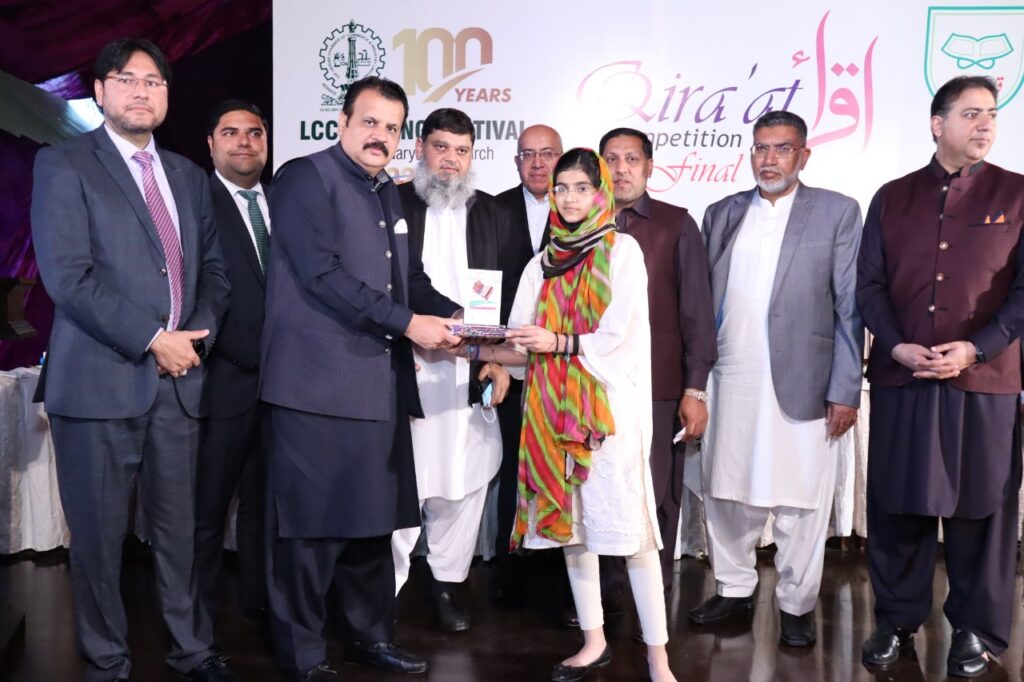 Federal Minister Noor Ul Haq Qadri appreciated the efforts of all participants and praised the business community of Lahore for arranging such a tremendous event. He also briefed the audience about the success of Seerat Un Nabi International Conference. He also announced that a unanimous translation of Holy Quran was organized by the religious leaders of all sects. He also informed that a bill for the error free publication of the Holy Quran was also presented in the assembly. He was presented a souvenir by the President LCCI Mr. Nauman Kabir. 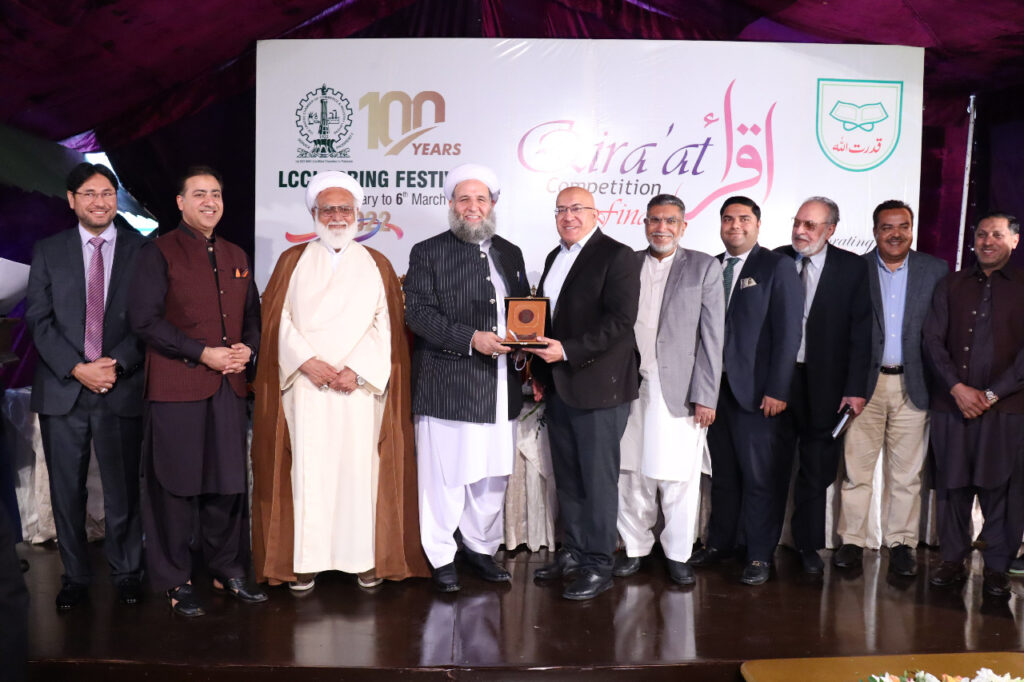 positions are just the demand of the competition, we cannot grade any qari or qaria. Chamber has been here to support and strengthen local businesses, to help make Pakistan a better place to live, work and enjoy community.

“The Chamber has been dedicated to the community and to businesses for 100 years. Our mission may be slightly evolved now, but the principles remain the same: promote the civic and commercial progress of Lahore and the immediate area. With 100 years under our belt, we’re looking forward to the future and our continued commitment to ensuring a vibrant and prosperous community for future generations”.

“Especially coming off of a pandemic when so many chambers had to just lay off staff,…… . The fact that we’ve endured through pandemics and economic busts … the fact that we have been here consistently supporting our business is huge.”

Such activities not only promote the soft image of the Pakistan but also accelerates the economic activity.

With the promise of holding such spiritual gatherings again, the meeting came to an end.